In a significant percentage of cases, the manifestations of the disorder persist throughout the individual’s lifetime, although the most recent research suggests that there are reasons for optimism regarding the treatment of some neurodevelopmental disorders in adulthood.

What are neurodevelopmental disorders? Definition

Neurodevelopmental disorders are “a group of heterogeneous conditions characterized by delay or disturbance in the acquisition of skills in a variety of developmental domains, including motor, social, language, and cognition” (Thapar, Cooper & Rutter, 2016).

The great diversity of neurodevelopmental disorders is reflected in the fact that some of those affected show specific deficits (e.g., difficulty maintaining focus) that do not prevent them from having an independent and fulfilling life. Others, however, will need lifelong assistance with basic living skills necessary for independent living, such as the ability to walk and feed oneself.

Although the aetiology remains unknown in many cases, various factors can affect normal brain development. Causes can be classified as follows:

The category of neurodevelopmental disorders, as set out in the fifth edition of the Diagnostic and Statistical Manual of Mental Disorders (DSM-5), includes:

Intellectual disability is characterized by impaired general cognitive functioning to such an extent that it prevents the individual from achieving the skills necessary to perform the tasks expected for his or her age, for example, an adequate command of language or executive functions.

ASD is characterized by difficulties in social communication and unusually restricted, repetitive behavior and interests.

Some prevalencestudies show that ADHD affects 3% to 7% of school-aged children and 4.4% of working-age adults (Michielsen et al, 2012). Attention deficit hyperactivity disorder is characterized by difficulty sustaining attention and/or hyperactivity—impulsivity.

Other neurodevelopmental disorders included in the DSM-5:

Treatment of neurodevelopmental disorders will depend largely on the type of disorder and the predominant symptoms in each individual.

Essentially, treatment can be divided into pharmacological and non-pharmacological interventions, the latter being the one with the greatest number of options at present.

Non-pharmacological interventions include behavioral therapy, psychosocial support and neuropsychological rehabilitation, among other options that stimulate skills that the child has not developed adequately, in addition to offering the necessary support to live a meaningful life.

5 activities designed to work with children with ADHD
Neurodevelopment: disorders, comorbidity and child neuropsychology.
Gender dysphoria in children and adolescents

Master in Psychogerontology from the University of Salamanca, Spain. 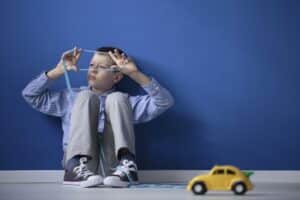 Currently, there is an increase in emotional and behavioral alterations in childhood and adolescence (Instituto Nacional de Salud Mental Honorio … END_OF_DOCUMENT_TOKEN_TO_BE_REPLACED

World Health Day is celebrated today, April 7. This year’s theme focuses on raising awareness for depression and serves as an opportunity to re-think … END_OF_DOCUMENT_TOKEN_TO_BE_REPLACED 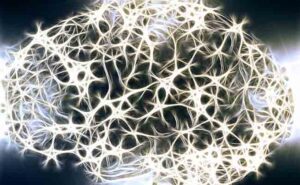 Introduction. Since Lezak coined the term executive functions to refer to the mental capabilities that are considered essential for performing … END_OF_DOCUMENT_TOKEN_TO_BE_REPLACED 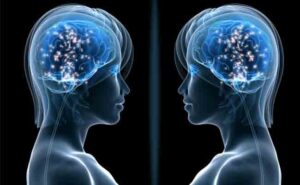