Executive functions in children and adolescents

You are here: Home / Neurorehabilitation Activities / Activities for Executive Function / Executive functions in children and adolescents

In addition, you will learn a number of strategies to stimulate and boost the appropriate development of executive function in children.

In the last 20 years, there has been an increasing interest in learning and researching how to improve executive functions in children and adolescents, especially in studying the consequences and the association with psychopathologies in both childhood and adulthood.

Executive functions can be understood as “complex cognitive processes necessary for planning, organizing, guiding, revising, regulating, and evaluating behavior necessary to adapt effectively to the environment and to achieve goals” (Bauermeister, 2008).

According to this definition, we can see how important executive function skills are in the early years of life, childhood and adolescence, and how children with executive function deficits or problems will have difficulties in effectively adapting to environmental changes.

While executive functioning issues are not considered a disability on their own, we cannot forget the impact they may have on children’s everyday lives.

Executive function deficits may be manifested when children and adolescents:

An estimated 30% of people with ADHD have executive function problems.

Training executive functions in children with ADHD has been shown to be one of the most effective intervention tools.

Studies have shown the relationship between learning disabilities and executive function deficits in children and adolescents.

Children with learning disabilities and ADHD are at greater risk for more severe executive dysfunction.

How to improve executive functions in children and adolescents

1.    The dictionary of emotions

This activity for improving executive functions involves using a dictionary to search for words that express emotions. For example, emotions starting with A: anger, anxiety, affection, etc.

Once the child finds the word, he/she must write the definition on a blank piece of paper and give a specific example of how he/she experiences that emotion.

On the one hand, children get to train executive functions, and on the other hand, this exercise is especially useful for training abilities such as self-regulation, planning, and inhibition, all the while helping children to get to know themselves better.

This game can be put into practice both individually and in groups. This is a game where one player takes the role of Simon and issues instructions to the other players, who are eliminated from the game if they fail to follow them.

Instructions are immediately preceded by the phrase “Simon says”. Be careful! If the child who plays Simon issues an instruction without having said “Simon says” first, this action does not have to be done.

For example, the child who plays the role of Simon says: “Simon says… clap!”. In this case, the other children must clap their hands. However, if the child playing Simon simply says “Everybody, clap!”, no one should do it because the instruction was not prefaced with “Simon says”.

With this game, sustained attention, inhibitory control, stimulus discrimination, following of instructions and self-monitoring are improved.

Music is a perfect means of promoting the development of executive functions in children and adolescents. Dancing, singing, or playing any instrument boost the development of different functions such as improvisation, cognitive flexibility, working memory, and inhibition.

This method is especially recommended for children and adolescents with ADHD, although anyone can benefit from putting it into practice to improve executive function.

The IDEAL method is a great tool for effective problem solving.

The first step is to identify that there is a specific problem. For example, “I have failed my math exam.”

In this step, the problem has to be defined in detail; a good strategy to do this is to ask yourself a question and give an answer to it: “Why have I failed my math exam? Because I have not studied enough and got distracted a lot while studying for it.”

In the last step, the child must review all the steps that have been implemented and assess the outcome. As children practice this method, little by little,they will internalize it (initially it is normal for you to guide them) and will carry it out in an almost automatic manner, which leads to an enhancement of executive functions.

Neuropsychologist
She is a writer of neuropsychology articles for different specialized media.
Linkedin 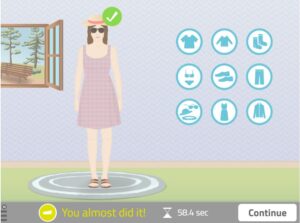 According to the framework developed by the American Occupational Therapy Association (AOTA), activities of daily living (ADLs) are activities … END_OF_DOCUMENT_TOKEN_TO_BE_REPLACED 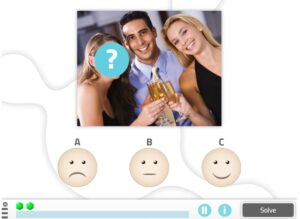 Thanks to which cognitive function are we capable of interpreting other people’s emotions? Can you identify the function responsible for understanding … END_OF_DOCUMENT_TOKEN_TO_BE_REPLACED 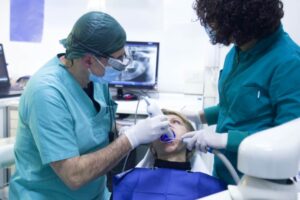 This finding supports the embodied cognition hypothesis by showing the short-term effects of postural change. But what about long-term effects? Could … END_OF_DOCUMENT_TOKEN_TO_BE_REPLACED 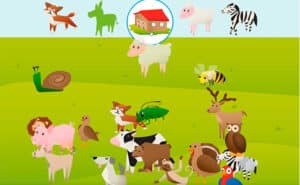 1. Search and you will find!, a fun game to work on selective attention The children have to look for a series of specific elements among a set. But … END_OF_DOCUMENT_TOKEN_TO_BE_REPLACED