Celebrities with neurological and mental disorders.

Whether you are rich or poor, famous or not, we can all be affected by illness. Athletes, politicians, actors, singers, etc.: illness does not discriminate. Today, we will address the neurological and mental disorders suffered by some celebrities.

This disorder apparently causes the actor social discomfort. “So many people hate me because they think I’m disrespecting them. I took one year where I just said, this year I’m just going to cop to it and say to people, ‘Where did we meet?’ But it just got worse. People were more offended. You get this thing, like,‘You’re being egotistical. You’re being conceited.’ But it’s a mystery to me, I can’t grasp a face.”

Alzheimer’s diseaseis the most common type of dementia. This type of dementia usually starts slowly, first affecting the parts of the brain responsible for memory, thinking, and language. Over time, these symptoms worsen up to the point of patients with Alzheimer’s failing to recognize their closest relatives and experiencing problems in basic activities of daily living such as dressing or grooming. Former U.S. President Ronald Reagan was diagnosed with Alzheimer’s disease in 1994, five years after leaving office, although, according to his son Ron in the book  “My Father at 100: A Memoir,” he showed signs of the condition while in the White House. He died in 2004.

The beloved actor known for his roles in television and movies was diagnosed with early on-set Parkinson’s disease in his early 30’s. After years of denial in dealing with the diagnosis, he finally became a voice for those affected by Parkinson’s and started the Michael J. Fox Foundation for Parkinson’s Research which has raised millions to help fund research into Parkinson’s.

Bipolar disorder is a mental illness characterized by mood fluctuations between extreme highs (mania) and lows (depression). Catherine Zeta Jones suffers from this illness.“This is a disorder that affects millions of people and I am one of them. If my revelation of having bipolar II has encouraged one person to seek help, then it is worth it. There is no need to suffer silently and there is no shame in seeking help,” said the actress in a statement.

The grammy-winning rapper revealed in 2013 that he has epilepsy and is prone to seizures: “Like, this isn’t my first, second, third, fourth, fifth, sixth, seventh seizure. I’ve had a bunch of seizures, y’all just never hear about them,” said Lil Wayne in an interview.

Epilepsy is a central nervous system where abnormal brain activity can can seizures, strange sensations or even loss of awareness.

Point guard Chris Wright became first NBA player everto play with multiple sclerosis, an autoimmune disease caused by an unknown virus or antigen. The body’s immune system attacks its own myelin—a substance that wraps around nerve fibers and permits the transmission of nerve impulses at an adequaterate—which results in poor communication between neurons, causingnumerous symptoms: visionproblems, balance problems, speech problems, tremors in the hands, muscle weakness in the arms or legs, and loss of muscle strength. Cognitive impairments in memory, encoding and retrieval of information, and emotional problems such as anxiety and depression are also common.

Frankie Muniz, best known for playing the title character in the early 2000’s series, Malcom in the Middle has suffered various transient ischemic attacks, otherwise known as mini strokes. It is thought that these temporary brain blocks or clots are the result of a number concussions Frankie suffered in the past due to sport injuries or accidents during his car racing career.

Boxing legend Muhammad Ali had the most difficult battle outside the ring. Ali fought Parkinson’s disease for 32 years. Parkinson’s involves the progressive death of neurons in the region of the brain called the substantia nigra and more specifically, in one of its two parts, the pars compacta. The death of cells results in diminished dopamine synthesis, which leads to a dysfunction in the regulation of the main brain structures involved in controlling movement.

The most common symptoms of Parkinson’s disease include generalized slowness of movement, gradual loss of spontaneous movement, resting tremor, and rigidity (stiffness). Other symptoms such as impaired balance and altered postural reflexes can also occur, causing people with Parkinson’s to fall easily. Other frequently associated symptoms include the presence of cognitive impairment, which affects memory, attention and processing speed.

Ali was diagnosed with Parkinson’s disease in 1984. “At first, there were times when I could push all thoughts of the disease out of my mind. Later, when the physical symptoms could not be ignored, there were periods of frustration and depression,” said the boxing legend. However, Ali stood up to the disease and became an example to many people with it. The fighter died from a respiratory complication associated with the disease in 2016.

Jamie-Lynn Sigler is probably best known for playing Meadow Soprano on The Sopranos from 1999-2007. A lesser known fact about this current podcast host is that she also was diagnosed with Multiple Sclerosis (MS) in her early 20’s.

MS is a disease that affects the central nervous system with disruptions in the signals that communicate between the brain and the body. It affects two to three times as many as women as it does men and common syptoms include fatigue, numbness, stiffness and possible visual problems.

Robin Williams’ suicide in 2014 shocked the world and left millions of fans of all ages saddened by the news. Though previously diagnosed with Parkinson’s Disease, at that time, few knew that he was suffering with an extreme case of Lewy Body Dementia.

Its name comes from protein deposits called Lewy bodies that develop in nerve cells in the the regions of the brain that have to do with thinking, memory and motor control. Although Robin’s was a severe case, most people with Lewy body have progressive decline in mental abilities.

Preventing Mild Cognitive Impairment
Rehabilitation of hemineglect after stroke
Anosognosia: What is it, a History and it's Neuropsychological Reality 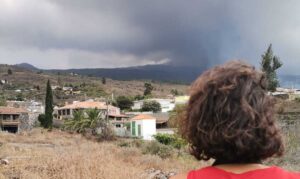 Last September 19, the eruption of the volcano began on the island of La Palma, an island belonging to Santa Cruz de Tenerife, one of the two … END_OF_DOCUMENT_TOKEN_TO_BE_REPLACED 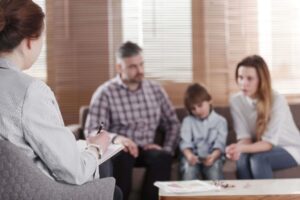 Every expectation is full of hope and even more so if it is for a baby. When a child with a neurodevelopmental disorder arrives, it impacts the entire … END_OF_DOCUMENT_TOKEN_TO_BE_REPLACED 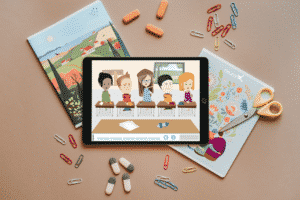 We are back and refreshed after summer vacations and we are back to the routine of releasing a new activity every 15 days! This week we present … END_OF_DOCUMENT_TOKEN_TO_BE_REPLACED