The origin of brain sexuality

It is common knowledge that there are anthropomorphic differences between women and men depending on sex.

Genetically we are different; females have an XX pair of sex chromosome and males an XY pair, but this has not always been the case. From conception until approximately 8 weeks, circuits start off as female, both in male and female embryos. Only around the eighth week of gestation, dotestes in the male embryo begin to produce and release testosterone, turning female-type brain circuits into male-type brain circuits.

Because of these differences, some brain functions are substantially different from childhood.

Steroid hormones affect gene expression and other cell processes. Thus, they are crucial to the epigenetic effect on the developing brain.

Furthermore, such early interaction with sex steroid hormones during the embryonic period has a vital influence on the expression of subsequent sexual differences in the nervous system.

Sex chromosomes are another key biological factor in sex determination. Females have two X chromosomes while males have one X and one Y chromosome. However, both the X and Y chromosomes contain about 6,500 genes that are expressed differently in men and women in at least one tissue.

Research shows the relationship between sex hormones and chromosomes which, acting together, give rise to the phenotype of a sexually diverse brain.

There are specific differences in white matter in all cerebral lobes of men and women.

Boys have more gray matter in the posterior lateral orbitofrontal cortex than girls.

The right tempoparietal junction-posterior portion of the superior temporal sulcus and the planumtemporale/parietal operculum are larger in girls than in boys, resulting in areverse effect of fetal testosterone.

The amygdala and hypothalamus are also sexually dimorphic (larger in boys than girls).

Neuroeducation and the sexual brain

Significant differences in brains of men and women have also been shown in the field of neuroeducation.

Autism spectrum disorder (ASD), attention deficit disorder with and without hyperactivity (ADHD),  Tourette’s syndrome and language disorders, among others, are more common among boys. In fact, boys are four times more likely to be diagnosed with ASD or ADHD than girls.

On the other hand, disorders such as anorexia, depression, and anxiety are more common among girls.

To understand this differentiation, it is essential to understand the concept of temporality, given that male and female brains mature at different rates. Females’ brains develop 1-3 years earlier than male brains, especially the areas of the frontal, parietal and temporal lobes.

A recent research carried out by Prof. Daphna Joeland her team suggest that human brains cannot be categorized into two classes: male brain/female brain, and conclude instead that the brains of women and men are not dimorphic but multi-morphic.

After analyzing MRI scans of more than 1,400 human brains, they found that very few brains (only 0.8%) had entirely ‘female’ or entirely ‘male’traits. Most brains, on the other hand, are comprised of “mosaics” of features, which means that each person’s brain will have a “mixture” of male and female characteristics, regardless of sex.

In short, further research is needed to deepen our knowledge in this field for it gives rise to much controversy and leads to much debate, in order to shed more light on what is truly the crux of the matter: the complexity and beauty of the human brain.

On-off phenomena? Wearing-off? Why are they important in Parkinson's disease?
Chiari Malformation Type I: A Clinical Case
A new educational challenge: How does a child’s brain work?

Neuropsychologist
She is a writer of neuropsychology articles for different specialized media.
Linkedin 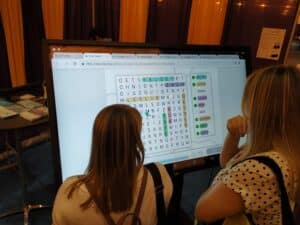 Cognitive stimulation involves a range of activities aimed at maintaining or improving cognitive function. It targets cognitive domains such as … END_OF_DOCUMENT_TOKEN_TO_BE_REPLACED 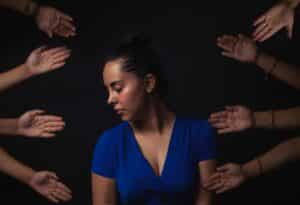 The 27th of October is World Occupational Therapist Day, and from our cognitive rehabilitation platform we want to give a shout out to the importance … END_OF_DOCUMENT_TOKEN_TO_BE_REPLACED

Information on the free online presentation Title of the conference: “Emotional Regulation & Acquired Brain Injury- an overview of … END_OF_DOCUMENT_TOKEN_TO_BE_REPLACED 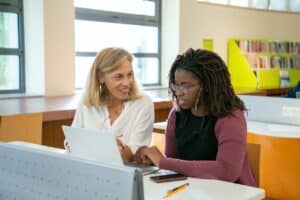 The effect of intensive therapies on the recovery of people from brain injury has been studied with increasing frequency in recent years. … END_OF_DOCUMENT_TOKEN_TO_BE_REPLACED