Neurodevelopmental disorders and their impact on cognitive functions

In recent years, the interest in knowing how the brain works, both in normal and pathological conditions, has increased and has awakened the need to work in an integrated manner at different levels in order to help people who present a certain condition. Neurodevelopmental disorders are within this focus of interest and hence the need to know what are the consequences they have and the impact they generate in the different areas of action of the person, emphasizing especially in the cognitive area.

For this, it is necessary to know what neurodevelopment implies, how cognitive functions are organized throughout development and in what way the latter can be affected when an alteration occurs.

The development of the nervous system, also called neurodevelopment, is a complex process that begins in the embryonic stage, continues in the fetal period and continues throughout life (Enseñat, Roig & Molina, 2015), being marked by a series of changes and having several stages (neural tube formation, proliferation, migration, organization and myelination), each of them manifested by a particular aspect that together will allow the consolidation of structures, acquisition of skills in different areas and the organization of the person (Medina et al., 2015).

According to Pérez and Capilla (2011), such development is governed by principles:

(a) Discontinuity, which tells us that there are changes at different stages and will be appreciated in a qualitatively different way in individuals, although this may be influenced by the context.

b) Gene-environment interaction, which indicates that human beings have a significant genetic load that shapes our activity, although the environment in which the person develops plays an important role, either favorably or unfavorably, leaving aside the conception that we present a biological or environmental determinism.

c) Hierarchy, the brain is a complex machinery, which is organized in an orderly manner at different times, forming first the sensory, motor and then the associative areas. The great complexity of our brain depends to some extent on the connectivity established by its cells (Arnedo, Montes, Bembibre & Triviño, 2015).

It is necessary to indicate that the adequate development of the nervous system will be reflected externally in the person through motor, emotional, cognitive and other characteristics; however, on this occasion we will focus our attention on the cognitive.

But, what are Cognitive Functions?

It should be noted that neurodevelopment and cognitive development have a parallel growth (Pérez & Capilla, 2011; Artigas-Pallarés & Narbona, 2011) and turns out to be different in each person, because as indicated above, there are multiple factors that can influence them.

Knowing the “normal” evolutionary course of cognitive functions is important, since from this it is possible to identify possible alterations and/or deviations from this course (Enseñat et al., 2015).

The relationship between developmental stages, brain development and the acquisition of cognitive abilities, all within what we will call “expected” or “typical development”, better known as “normal” by most. Although this is not conclusive, since on the one hand research on the brain is continuous, with new findings and, on the other hand, because development is different at different times; however, it allows us to have an approach and an appreciation of how entangled and indivisible this process is and how diverse it can be in each person.

What if some children do not follow these parameters of what’s considering “typical”, then we would be facing a scenario in which we could talk about a delay in the acquisition of skills or a disorder.

Neurodevelopmental disorders are a group of heterogeneous conditions linked to brain maturation and following a stable evolutionary course (Artigas-Pallarés & Narbona, 2011), characterized by a delay or alteration in the acquisition of skills in developmental domains such as motor, social, language and cognition” (Thapar, Cooper & Rutter, 2016), associated with behavioral, social, academic and adaptive functioning difficulties (Artigas-Pallarés, Guitart & Gabau-Villa, 2013).

There is a broad classification of neurodevelopmental disorders, although according to Artigas-Pallarés and Narbona (2011), it can be divided into:

Technological advances have shed light on how the brain works (D’Souza & Karmiloff-Smith, 2017), although this has not allowed the establishment of brain alterations associated with a particular stage of neurodevelopment. What some neuroimaging techniques have allowed, however, is to identify changes associated with brain and cognitive development (Enseñat et al., 2015).

Neurodevelopmental disorders generate a great impact in multiple areas and above all in cognitive functions, the same that limit the subject in their daily life and that are different in each person who presents, such alteration; in addition, it is possible that a person can manifest more than one NDD (Gonzáles, Palazón & Javaloyes, 2020).

Therefore, it is necessary to observe the child’s development and any sign that indicates that he/she is not on the typical path should be brought to our attention so that he/she can receive timely attention. These signs, considered “alarm” signs, do not necessarily imply a disorder, but would allow early identification of the presence of any alteration (Medina et al., 2015) and refer to the attention of the professional that best corresponds.

In order to know these cognitive deficits it is necessary to carry out a “neuropsychological exploration” that will allow us to know the child’s performance profile (strengths and weaknesses) integrating the data in a comprehensive framework that includes several phases and not only focusing on the administration of tests (Echavarría-Ramírez & Tirapu-Ustarroz, in press).

One of the limitations we encounter when we have a case of a suspected neurodevelopmental disorder (NDD) is that the diagnosis is based solely and exclusively on instruments (tests). This is due to some extent to the lack of preparation on the part of the professional and the large number of instruments that appear under that denomination and that are the product of commercialization (Benedet, 2017).

This is not meant to discredit the tests, on the contrary, they are an essential element in the evaluation and we know that psychometrics and instrumentation are the pillars of evaluation and psychology; however, those who make use of these tools, many times, lack deepening of what this implies and focus their assessment on the score without taking into account other aspects such as patient history, interview and observation, being in reality the diagnosis a deductive process of these data and that also depends on the theoretical knowledge, specialization and clinical experience of the professional.

Next, a table will be presented in which the cognitive alterations in some neurodevelopmental disorders are described and as can be appreciated, they show a high variability of cognitive alterations and deficits and in many cases it is possible to find comorbidities or overlap with other disorders (Thapar et al. 2016), so the attention and intervention should be specialized and directed to the needs of each case.

Based on this, it is possible to specify the need for interdisciplinary work that allows noting that the intervention of ADHD will depend largely on the type of disorder and the predominant symptoms in each case (Gonzáles et al., 2020), establishing individualized, differentiated and personalized programs (Echavarría-Ramírez, Díaz-Reyes & Narzisi, 2020; Echavarría-Ramírez & Tirapu-Ustarroz, in press).

It should be emphasized that the types of intervention are divided into pharmacological (exclusive use of medication, in the case of ADHD methylphenidate is used or in ASD risperidone is used, for example) and non-pharmacological (psychological interventions, aimed at behavior modification, communication, social skills, family, psychoeducational, among others), the latter having the largest number of options at present (Gonzáles et al…, 2020), and in addition, they are important and are neither exclusive nor mutually exclusive, but can be combined (Echavarría-Ramírez et al., 2020).

It should be noted that neurodevelopment is a complex process influenced by multiple factors, characterized by several stages, which will ensure the organization of the individual.

An alteration in some of these stages can lead to what is called a “neurodevelopmental disorder”, which is also characterized by various behavioral, motor, cognitive, emotional, social manifestations and in each case such alterations are expressed differently and in some situations overlaps with other disorders are appreciated and, therefore, the manifestations of the alterations will also be different.

Diagnosis is a process that depends on several factors and is not limited to the exclusive use of tests, although they are necessary, we must take into account these other variables; therefore, from neuropsychology, the need to identify cognitive disorders is fundamental through the “neuropsychological exploration” aimed at analyzing globally the profile of strengths and weaknesses.

From the diagnosis, it is essential to implement intervention programs aimed at the needs of each person, without neglecting the interdisciplinary work, in order to enhance the child’s development.

12 ways to support your friend with Tourette’s
Neurodevelopmental disorders: concept, types and treatment
Gender dysphoria in children and adolescents 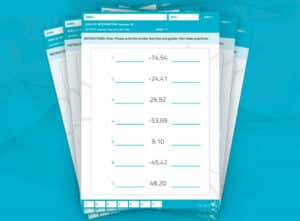 When I was little, my classmates and I activitely participated in the Book It! program (the promise of free personal sized pizzas helped!) and the … END_OF_DOCUMENT_TOKEN_TO_BE_REPLACED 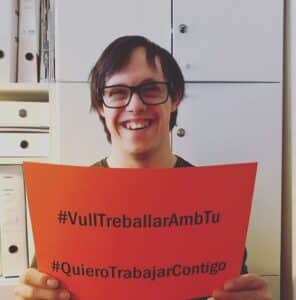 Have you heard of Aura Fundació? Do you know what its mission is? The head of the neuropsychology program at Aura Fundació, Roser Fernández, tells us … END_OF_DOCUMENT_TOKEN_TO_BE_REPLACED 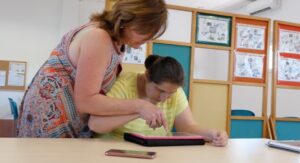 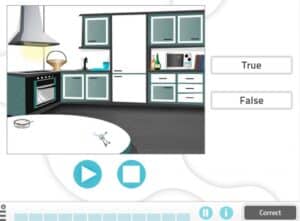 Thus, language disorders appear when language development does not follow typical expected patterns or significant deficits occur in some of its … END_OF_DOCUMENT_TOKEN_TO_BE_REPLACED