Hello, my name is Elena. I am 36 years-old and suffer from borderline personality disorder (BPD) and chronic anxiety and depression. I have no idea for how long I have had BPD, I can only say that I was officially diagnosed about three and a half years ago. As for the chronic anxiety and depression, I can say that I started having anxiety when I was 16 and that it didn’t take long for depression to arrive. In this blog, I will talk about my BPD in greater detail, but if anyone would like to know more about me, both personally or professionally, you are welcome to access my website.

Here is the most relevant information about BPD, a disorder unfortunately very unfamiliar to the general public, but nonetheless quite serious:

What is borderline personality disorder?

Most people with borderline personality disorder have:

People with this disorder also have a high rate of co-occurring disorders such as depression, anxiety, substance abuse and eating disorders, as well as self-mutilating and suicidal behaviors, or suicide.

What are the symptoms of BPD?

While I have mentioned what appear to be some of its symptoms, I should point out that there are a number of diagnostic criteria that have been formally described in the fifth edition of the Diagnostic and Statistical Manual of Mental Disorders (DSM-5), a classification system for the diagnosis of mental disorders that provides clear descriptions of diagnostic categories in order to enable clinicians and investigators to diagnose, communicate about, study, and treat people with various mental disorders.

I would like to draw your attention to an additional, very important consideration: the list below includes 9 criteria; however, to be diagnosed with BPD, at least 5 of the following criteriamust be met:

What are the possible causes of BPD?

Broadly speaking, there are 2 interrelated factors influencing personality development. These are:

A large body of research and clinical observation supports the idea that childhood experiences play an important role in the development of personality traits and personality disorders.

There are attachment styles that I consider particularly worth mentioning since they may also influence the development of personality disorders:

There is, therefore, a deregulation in adulthood as a result of the factors that influence the person from early childhood—as seen above—which translates into the following:

This is not the only problem; children who suffer any type of abuse tend to internalize the messages based on how they were treated. For example, if individuals are punished for expressing or feeling a certain emotion, they will tend to do the same when they are adults. There are also the typical things that many children have to listen to which are, as adults, believed to be true only because someone told them repeatedly to them as children:

Is there any comorbidity of BPD with other disorders?

First, let’s define what comorbidity is for those who do not have a clear idea. Comorbidity is the presence of one or more clinically diagnosed diseases or disordersco-occurring with a primary disease (borderline personality disorder, in this case).

Disorders, conditions or behaviors that commonly coexist with BPD are:

As you can see, borderline personality disorder is a very complex disorder that can co-occur with other disorders or can get confused with them, hence it is very important to assess patients’ symptoms fully to get an accurate diagnosis.

What treatments have been available so far to treat BPD?

Although borderline personality disorder has only been an official diagnosable disorder for the past 40 years, thanks to advances in medical and psychological research, today we have a wide variety of therapies that are very effective. All of them are equally effective, each with its own—but nonetheless valid—approach.

The following are different approaches to the treatment of BPD:

From my experience as a person with borderline personality disorder I could say a lot of things, as I have been suffering from it for a long time. The problem is that it wasn’t so long ago that I was diagnosed and not knowing has caused me greater suffering.

Professionals (e.g., psychologists or psychiatrists) don’t usually like labels but when you’re suffering from a variety of symptoms (which I’ll explain below in more detail), I can assure you, knowing that what’s happening to you has a name is very helpful and a huge relief. While this won’t cure you, I’m not sure how to explain it, but it’s like having a weight taken off your shoulders.

As mentioned earlier, there are nine diagnostic criteria and, of those, only a minimum of five need to be present for a diagnosis of BPD to be made; I meet almost all the criteria for BPD which means that I live a hell of a life. In addition, I am diagnosed with chronic anxiety and depression.

In the first place, all the risk factors that increase the likelihood of developing BPD from childhood have been there. The adverse experiences, the comments I received for saying something I thought, felt or did: I have experienced all of this first hand. It’s the result of having had a dysfunctional family.

As for the nine BPD diagnostic criteria listed above, this is what I can say about myself: self-cutting and suicide attempts; binge eating, compulsive shopping, and reckless driving; feelings of emptiness; extreme mood swings—one day I adore you, but if you do or say anything that I don’t think is right or appropriate, I then hate you. Intense and unstable interpersonal relationships. I don’t socialize, I don’t have friends, I don’t go out. And, of course, real or imagined abandonment, which for me is real without a doubt, hence my bad interpersonal relationships or the sudden hatred towards people (although it is not exactly hatred, it is pain. This is very complicated to explain. I can’t get past my anger, which remains with me permanently.

If I meet someone, something I always do through social media, I end up taking them out of my life because of my behavior, by treating them poorly.

Time to talk about my childhood. Yes, I admit it, my childhood has been totally dysfunctional. My father was an alcoholic and an abuser. Apart from being afraid of him, I felt abandoned by him. He wouldn’t let me have friends, go out or have any kind of relationship with girls my age. My mother didn’t care either and I also felt abandoned by her. I have had all the risk factors that increase the likelihood of developing BPD from childhood. The ones I loved the most and who were always there for me were my brother and my grandparents. Today, there is no one left anymore, not even my brother.

At this moment, I am all alone. Though I must live with my mother, I am totally indifferent to her (am I a bad daughter for it?) and we barely have a relationship. I cannot even express with words what this feels like.

Anxiety, which is chronic, lives with me permanently. Does anyone have any idea what it’s like to live with anxiety 24 hours a day, 365 days a year for 20 years?

The medication, I suppose, works. I imagine I’d be worse off if I didn’t take it. My issue is that I talk to my psychiatrist and he doesn’t understand me. I talk to a private psychologist and I always get angry because I also feel that she doesn’t get me. The problem is that they think—well, my psychologist thinks—that, by doing this and that, the anxiety and the rest of the symptoms will be appeased for it is known that BPD has no cure but it is possible to diminish the symptoms and have a totally normal life. I can see that can happen for people with “normal” BPD, however, what my psychologist doesn’t get is that, for so many years, I’ve been in so much pain, feeling so much fear, so much anxiety, so much resentment and so much of everything that sometimes I think I’m a hopeless case.

To conclude, all I can say is that my life, ever since I can remember, has been hell. If I think back to my childhood, I only remember physical and psychological abuse, fear and abandonment; as I grew older, I can think of more abuse, more fear and more abandonment, along with attachment issues. Of my teenage years, I can recall anxiety, attachment issues, and abandonment. Until the age of 22, I dealt with disturbances in attachment, anxiety, pain, and anger (towards others and myself). That anger began as a child and has grown with me. Today, it continues to be with me and I doubt it will ever go away. The rest of my adulthood, I recall abandonment, pain, anger and, of course, anxiety, which began at age 16 as I have already mentioned.

This is my life.

Celebrities with neurological and mental disorders.

My name is Elena, I am 38 years old and I am diagnosed with borderline personality disorder and I also have a chronic depressive-anxiety disorder.
As for my professional life, I am a nursing assistant, administrative technician, psychology student and voice actress.

From childhood onwards, we acquire information about how to perform specific tasks unconsciously and from experience. This information is stored and … END_OF_DOCUMENT_TOKEN_TO_BE_REPLACED

By Dr. Pablo Barrecheguren (@pjbarrecheguren) Nowadays, the video game industry is one of the most important in the world, with a large part of the … END_OF_DOCUMENT_TOKEN_TO_BE_REPLACED 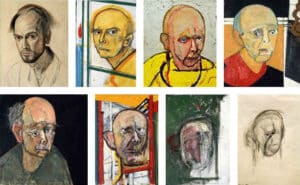 All artists sign their work, however, by the end of 1999, William Utermohlen could barely remember his signature. Born in Philadelphia … END_OF_DOCUMENT_TOKEN_TO_BE_REPLACED 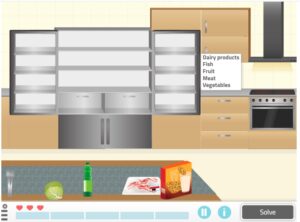